I have a selection of our dances available in Sansar along with several free to try experiences. The experiences are best visited with a VR headsets for a full immersive effect but they can also be experienced in Desktop mode. They are mostly works in progress rather than completed works and are very experimental due to Sansar itself being under continued developement.

Click here to try Sansar  My avatar in Sansar is 'Abramelin'

MY EXPERIENCES IN SANSAR 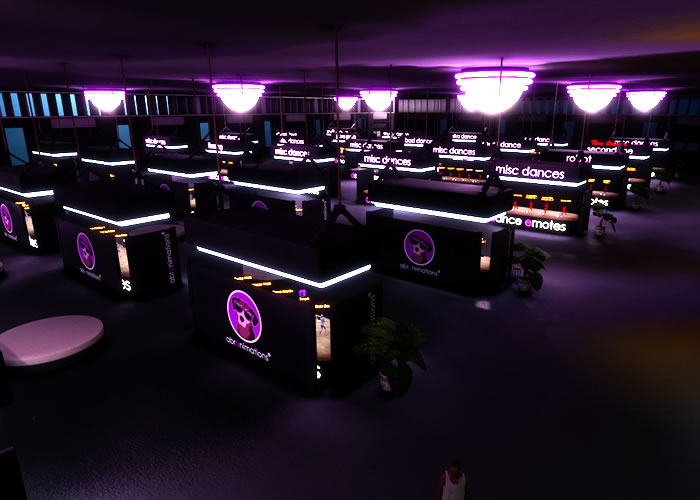 This is the main Abranimations store experience where you can view the individual motion capture animations and dances I have available for sale in Sansar. The dance animations are demonstrated on small dancing robots with links through to the store page where you can purchase them for Sansar Dollars.

The current selection of dances is a small cross section from our extensive library. I plan to add more dances in the future. 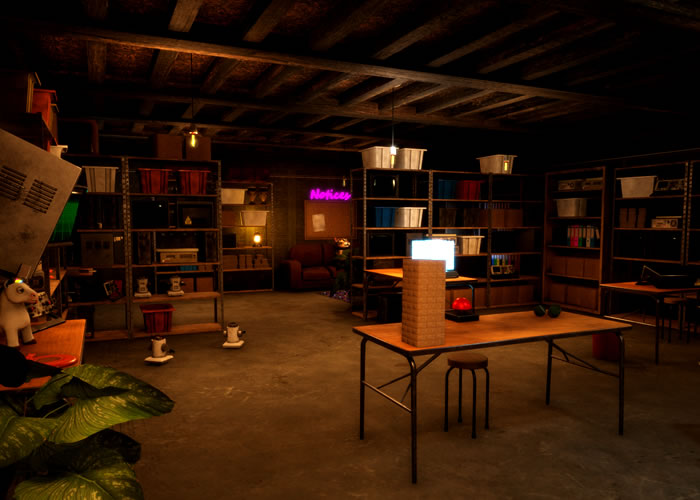 This is a small workspace I created primarily for experimentation of Sansar scripting and new features in a fun live environment. It is themed around a small garage lab environment full if strange whimisical wonders. It is a vision of a work area I've dreamed of having since I was small, inspired by 1980s movies like 'The Explorers'.  This experience was built with the intention of adding more experimental content over time to test out new Sansar features as well as my own ideas and virtual experiments. It features a working Jenga set for VR users, as well as an anti gravity glowing cube toy, a dancing cat, a friendly robot. Theres a few random toys you can throw around in VR too .

It is a small but (I hope) fun experience with a few activities to play with in VR. 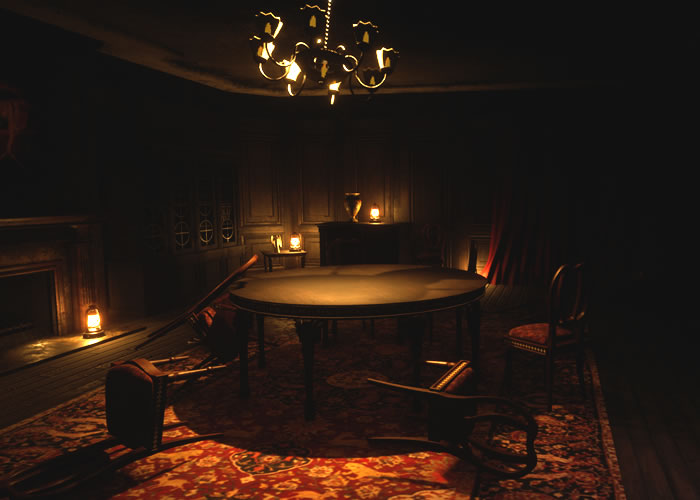 This is a haunted house experience for both VR and desktop users in Sansar. This was my first major project in Sansar and was undertaken as an entry to a halloween themed build contest. The experience is best enjoyed through a VR headset for a full immersive feel. It has some features such as the stereoscopic bathroom mirror and a few stereoscopic pictures in the attic that will not be visible in 3D whilst in desktop mode. The experience overall comprises of a spooky and unsettling haunted house environment with hidden ghostly activity dotted around it. The background story is that you are a paranormal investigator called in to search for the various ghosts. The experience is not intended to be taken too seriously though. It has a slightly whimsical nature built into it with a few hidden jokes and silly events. There are many additions and improvements I hope to make at some stage in the future. 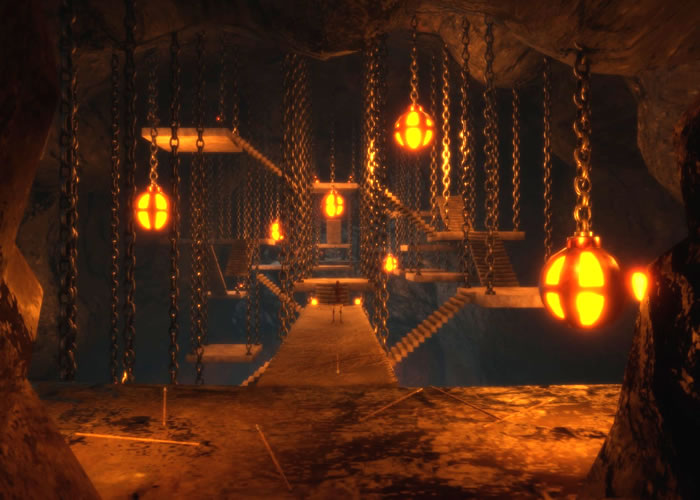 This experience is designed for both VR and Desktop users alike. It is a dungeon crawler style game created for a maze build contest in Sansar. At the beginning you land outside a cave on a snowy mountain edge. Your goal is to traverse the caves and find your way to the center and discover the secret of mount Shasta hidden deep inside.

The game focuses mostly on puzzle solving rather than monster killing, and is influenced from the 2D puzzle solving games I used to play when I was a Kid. Proper NPC characters were not really possible in sansar at the time it was built, so whilst it has some very basic skeleton NPCs, they do not physically move around outside of there stationary animations. They will still hurt  you though if they touch you, sending you back to the beginning!  This experience is most fun played in a group.

I hope to expand upon this game in the future.

We use cookies on our website to give you the most relevant experience by remembering your preferences and repeat visits. By clicking “Accept”, you consent to the use of ALL the cookies. Read More
Cookie settingsACCEPT
Manage consent

This website uses cookies to improve your experience while you navigate through the website. Out of these, the cookies that are categorized as necessary are stored on your browser as they are essential for the working of basic functionalities of the website. We also use third-party cookies that help us analyze and understand how you use this website. These cookies will be stored in your browser only with your consent. You also have the option to opt-out of these cookies. But opting out of some of these cookies may affect your browsing experience.
Necessary Always Enabled

Performance cookies are used to understand and analyze the key performance indexes of the website which helps in delivering a better user experience for the visitors.

Analytical cookies are used to understand how visitors interact with the website. These cookies help provide information on metrics the number of visitors, bounce rate, traffic source, etc.

Advertisement cookies are used to provide visitors with relevant ads and marketing campaigns. These cookies track visitors across websites and collect information to provide customized ads.

Other uncategorized cookies are those that are being analyzed and have not been classified into a category as yet.

SAVE & ACCEPT
Powered by